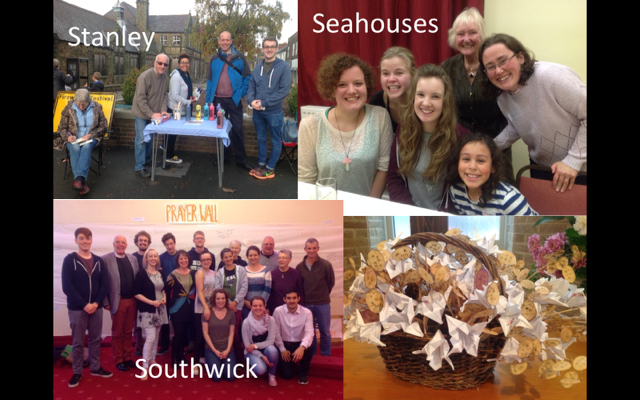 I was a little worried when I saw all of the rain this morning, particularly for those teams doing work outside today. However, I need not have been concerned. My first visit was to Sunderland to see the work with Samba and St John’s. The rain had not dampened the enthusiasm of those doing the football training… I fact I think they quite like the mud. Then a flying visit to Houghton. Once again the team were offering prayer on the streets and it was a joy to see a woman walk straight up to a team member saying ‘will you pray for me’. Without any hesitation the team member took her hands and prayed for her. It’s hard to believe this team member was so afraid of street work at the beginning of the week – how God has worked in her life. Today they had a further 40 requests for prayer on the High Street. Some of those that have been written down have been made into paper flowers and displayed in the church. Then up to Stanley where I met up with Steve Wild and Stephen Lindridge. As well as kids work and street work this team has also been involved in blessing their community by offering to tidy up people’s gardens. And what an amazing transformation! One team member told me that she handed out a ‘bag of hope’ to a lady, and the lady had responded saying ‘hope is exactly what I need’ as she was about to visit the credit union. Then Steve Wild and I went over to Southwick in Sunderland to visit the mission team that is a partnership between Together, Eden and Daniel Challenge. What a privilege to share with these young people and hear their stories of encounters on the streets. It was also great to chat with the two women from Great Lumley Methodist Church who had come to help with catering for this large team. After dropping Steve off so that he could go to Westerhope, I drove back up to Seahouses so that I could speak at their community meal. Once more I witnessed a team member doing something they never thought they would be able to do…well done to Rachel for sharing with everyone how God had used her this week. 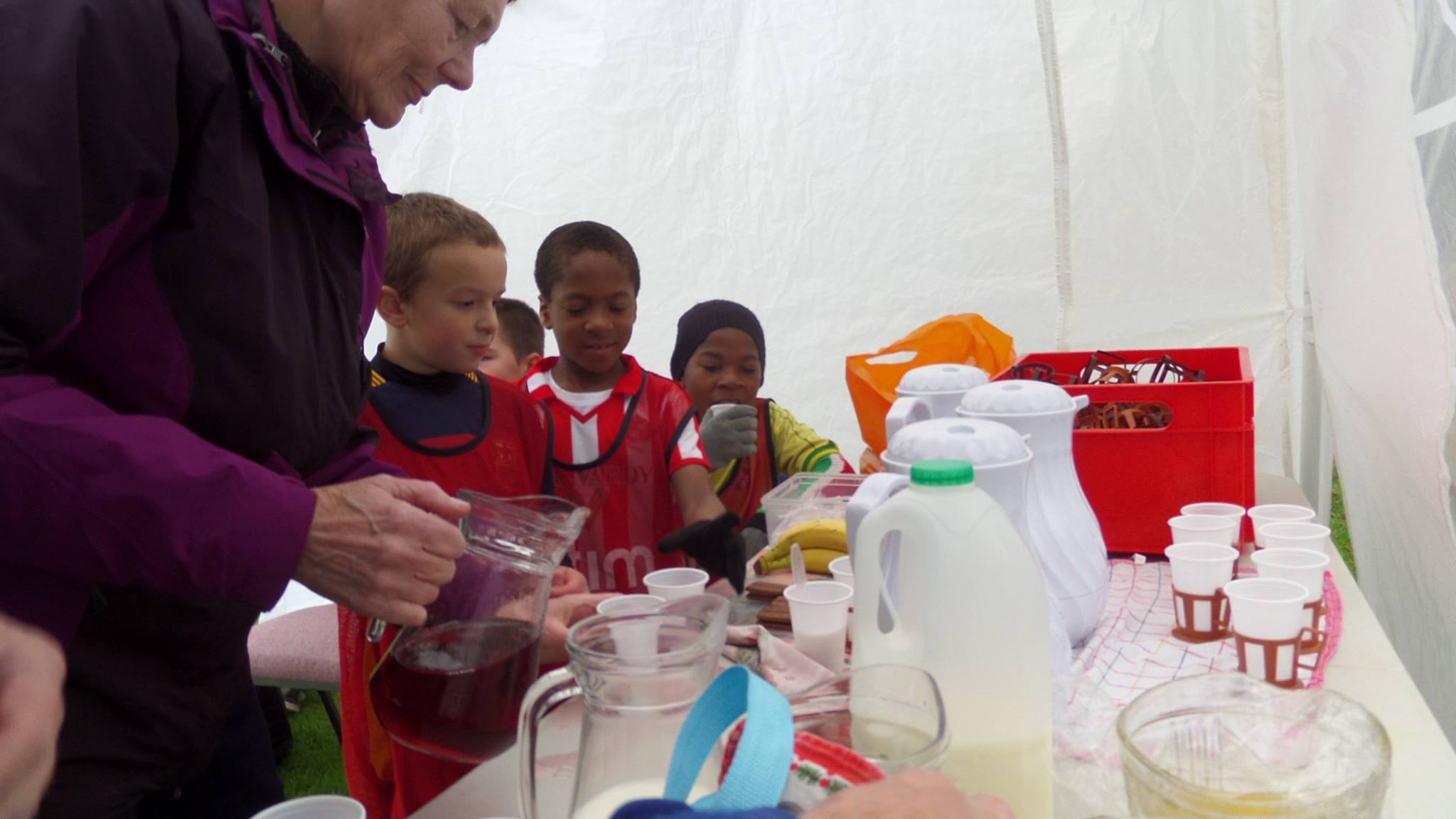