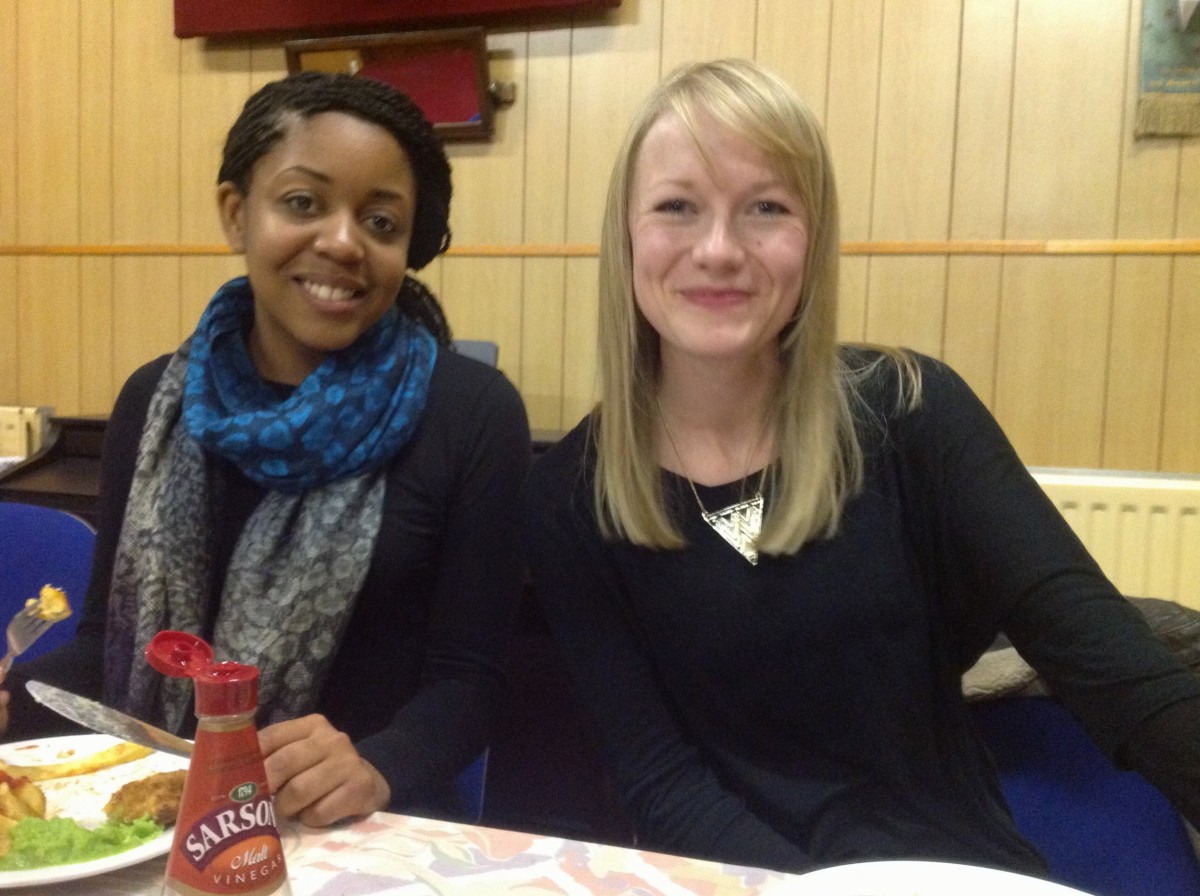 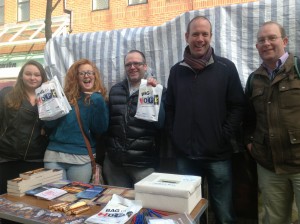 Friday morning and Rob Wylie & I set off to the team at Consett & Delves Lane. Thursday, Friday & Saturday they are at Consett Market place giving out Bags of Hope, free literature, chocolate and lots of smiles. Like the Alnwick team & the Bede team they were also collecting prayer requests from anyone who was happy to stay & chat for a while. Considering it was Friday I was impressed with the energy & enthusiasm of this team….it really was contagious. We were invited back to the church for lunch (a BIG thank you to all the good people who have baked & supplied food for the teams this week).

At the lunch an interesting conversation arose from some of the younger members of the team. They’d been asking the team leader for my address so they could write to me & tell me we must do TOGETHER again next year! One of the young people then started to tell the minister how they could raise money to do it too. It was just so wonderful to be part of their loud, exuberant excitement and their delight at having been part of this special week.

Then over to Sunderland, St. Andrews Southwick, for their Light Party. Great to see families engaging in crafts, games & quizzes. Local leader Eunice gave a short talk about Saints and then team leader Graham presented a magic show (so many talents on these teams). We left just as they were having tea (we really can’t eat at every visit). Then travelled over to Windy Nook to pop in & see the team who were facilitating an Urban Skills youth night. The football cage was a hit again, and some of MAD dance group from Delves were there to lead a dance workshop.

Then the final event we visited today was back up at Delves Lane for their youth drop in. Wonderful again just to see a place full of non-church kids. Yes its loud, yes it’s messy…but I found it a very exciting environment to be in. Good news – some of the kids from this week have asked to join MAD (music & dance group) so keep praying for the leaders up at Delves as they continue this work.

Wow! What wonderful people – team, guests and passers by. I’ve been touched by God through this week.Tricia

Our Youth President Tamara Wray visited last night too, as did our new Regional Team Coordinator Tricia Mitchell who has been traveling around with me to meet the teams.

I think though TOGETHER many of the volunteers, and myself, have rediscovered some of our roots. Things we maybe used to be involved in but had presumed were dated and wouldn’t work anymore. But on the whole, when invitations have been given in love and with respect, people have responded.